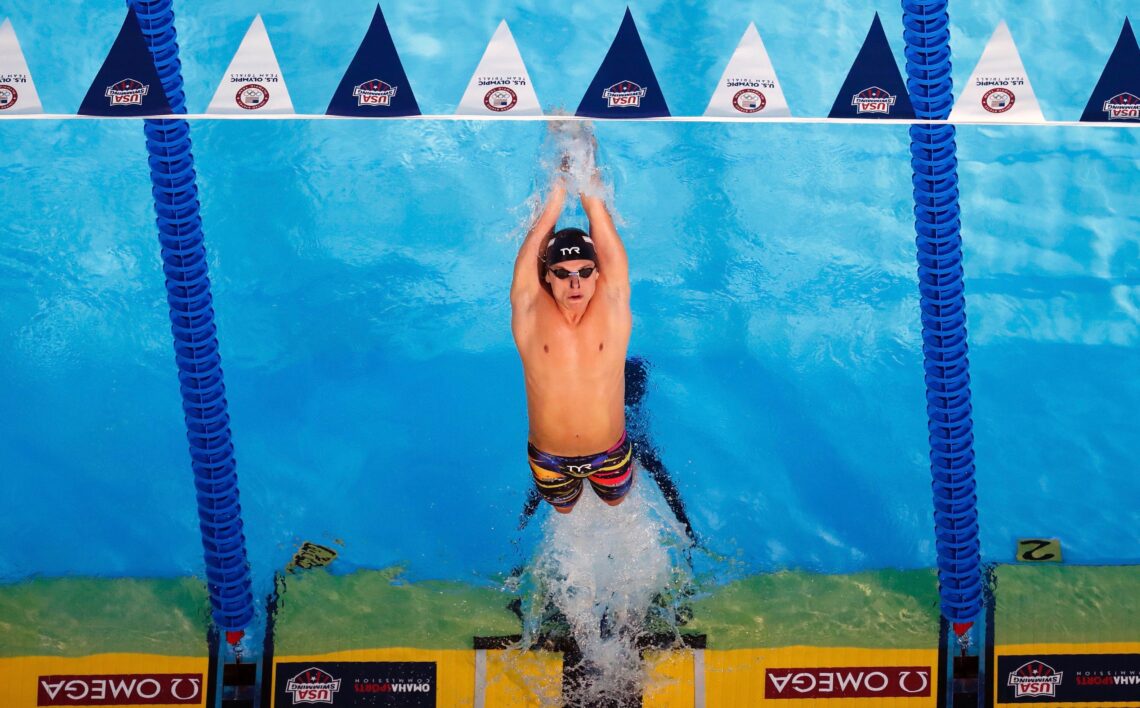 I think it is time that I introduce to you someone that influences me every single day – my rock and absolute light and partner – Tyler Lis. Tyler has been a part of my life for many years now, and has had a unique journey with nutrition and athletics coming from a background in competitive Division 1 swimming at Northwestern University where he worked with coaches, sports nutritionists, and a whole lot of opinionated people that tried to tell him what and when to eat. Tyler’s story is very interesting and shows how registered dietitians, nutritionists, and educated professionals in this field can be stubborn in a way that seems to work. It shows how people have incredibly out dated information, and are stuck looking at a food triangle – and a plate that may not be healthful.

When Tyler first graduated from college, I actually remember hiding my passion for eating this way. He was a college athlete, and of course he ate tons of protein in the form of meat, cheese, milk etc. He was also a college guy – and I had an image of him that put him in front of a grill, with his friends, and I didn’t want to come off as some vegan girl. Which, I realize now – was quite silly. Overtime, Tyler saw the way I ate, and it began to influence his own behavior.

Since Tyler graduated college and moved to Boston with me, it has been very interesting seeing his diet change slowly from one that has meat at the center of every meal, to one that prioritizes plants. Tyler, like a lot of you, is not fully plant based – but, naturally since he is dating me he has taken an interest to how beneficial a diet that emphasizes plants > animals can be for his athletic performance, his long term health, and his day-to-day energy levels.

“At 18 years old, just before I went off to pre-season training, I weighed 155-160 pounds at 5’ 11”. That year my high school coach had been hammering the idea to me that nutrition needed to become part of my training regiment, that it is one of the tools I needed to use in order to differentiate myself from my competitors. He told me that I needed to gain at least 10 pounds before going to college – a feat that I failed miserably at. The idea behind this 10 pounds was two fold:

1. It would help me adjust to collegiate athletics and begin competing at a higher level with much higher caliber athletes.

2. Gaining weight would contribute to finding a “peak performance weight.” As a homework assignment,  my coach told me to do research on the top five olympic male swimmers for my distance, calculate their weight to height ratio and translate that to my own height. Their ratio would give me a range of weight that should hypothetically contain my peak performance weight.

After years of failing the weight gain game in high school – MY 162 pound self shows up at pre-season training for my collegiate career.  Now, pre-season for college swimmers is the time where coaches like to break you down and start to build you back up before competition season starts. That includes everything from muscle building and strength work to stroke technique. Being one of the smaller guys on the team (weight to height ratio wise) I was quickly broken down and found myself struggling to keep up at the end of our five hour training days. While this did improve with time, my college coach and I set the goal of gaining muscle weight – something I was very familiar with hearing.

As a means to the end, I began meeting with the athletic department nutritionists – these are the same nutritionists who meet with the 300 pound offensive linemen on the football team – so they knew how to make me gain weight (mostly muscle) fast. It worked. I had gained 20 pounds before my meet.

I showed up to Olympic trials in July (eight months after pre-season) weighing 185lbs. My weight gain was fueled by protein shakes, carbs, meat, 600 calorie bars, and a healthy serving of vegetables to make sure I was getting all the vitamins I needed.  I had gained more weight than needed and overshot my optimal performance weight. Not to mention I felt awful.

“I had gained more weight than needed and overshot my optimal performance weight. Not to mention I felt awful..”

After that meet, I adjusted my diet to one that made me feel a little bit better, put me at my performance weight and was repeatable. A schedule of eating. However, it doesn’t mean the way I was eating was the best way to eat – I don’t really know what that was. I modified what my nutritionists told me, but I still ate loads of meat every single day – I thought I had to.

Looking back at my collegiate athletic career I wish I had experimented more with my diet and performance. For the most part, I ate meat 2-4 times a day because that is what I thought I needed to do in order to perform. I did this everyday since the beginning of high school and never veered from it for a couple of reasons:

I still ate loads of meat every single day – It’s what I thought was necessary to compete at the highest level..

To start my story, let me walk you through a day of what I would eat as a competitive athlete:

Surprisingly enough, this diet is what made me feel ready to perform. In other words, this was a relatively consistent eating schedule for me. This list however, does not include the packs of beef jerky, trail mix, and energy bars I was having between classes, nor does it include the two to four gatorades I was drinking a day plus the three protein shakes. Also, keep in mind that this was senior year of college when I already knew my peak performance weight and had made a routine. Freshman year when I was trying to gain weight I was probably doubling my serving of protein and tripling my servings of carbohydrates.

Looking back, I had found a diet that worked well enough that it didn’t shake the boat or cause any problems for me. Like I said, I wanted to control as much as possible to give me the feeling that I could control my performance. I wish now that I had been more willing to experiment with my diet. I wish I had taken an off-season to see if there was a diet that worked better, one that enhanced my performance – one that was more similar to the diet that I am eating now, just increasing the volume.

Since graduating college, and stopping swimming – I have decreased my meat consumption to about 2-3 times a week and I feel amazing. My energy levels throughout the day have spiked – rather than feeling that afternoon crash, I feel ready to get a workout in at any point in the day. Frankly, I don’t really have an urge to eat meat everyday – especially not every meal.

I am not fully meat free in any sense – but I do eat primarily plants on my plate, and I really wish that I had the opportunity to experiment with that in college.  Not only did I think that this diet of ridiculous amounts of saturated fat worked for me – but so did the nutritionists.  They were encouraging this.  I can only help but wonder, that if somebody would have suggested this sort of diet to me, if I would have performed even better?

While at the time of writing this blog post I am no longer competing for any athletic events, I did just buy a road bike and some running shoes so who knows, maybe I will be able to test how a plant based diet impacts my performance in high endurance sports in a post quarantine world.” 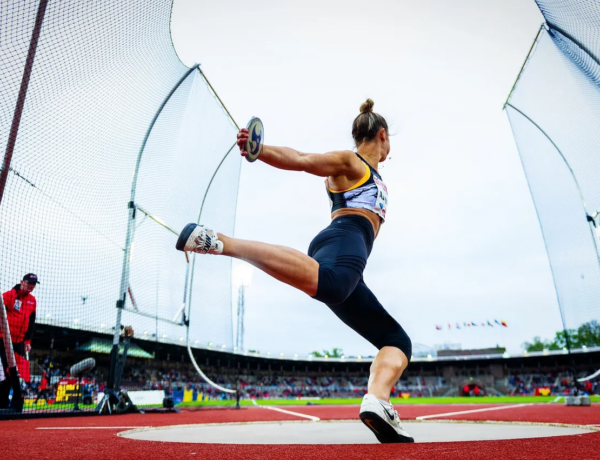 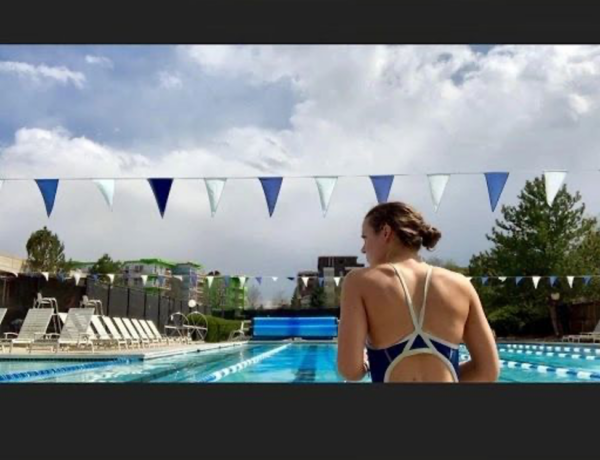 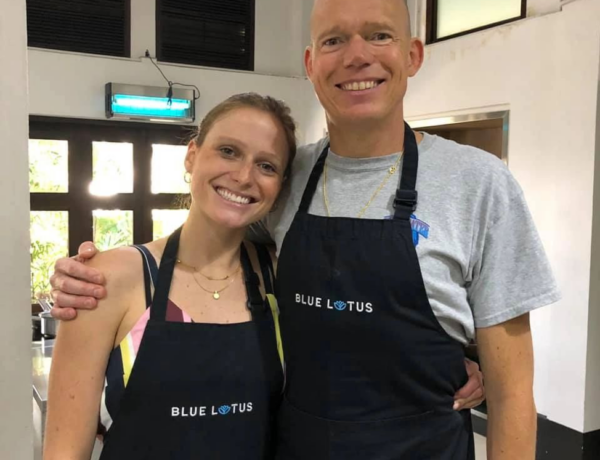 Food as medicine: Boost your immune system with these 3 nutrients.